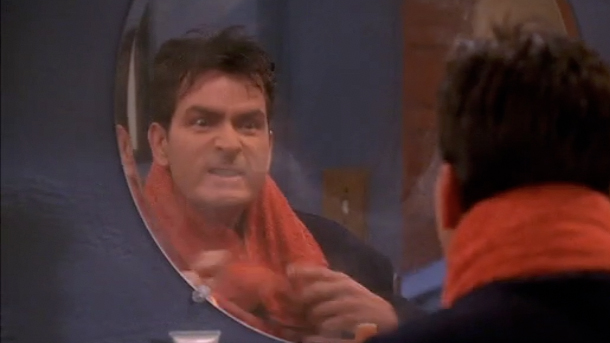 When a character’s accent is meaningful or when a scene or line of dialogue hinges on how a character speaks, manner of speech needs to be indicated in the closed captions.

When a character’s accent is meaningful or when a scene or line of dialogue hinges on how a character speaks, manner of speech needs to be indicated in the closed captions. “An accent is a way of pronouncing a language. It is therefore impossible to speak without an accent” (Linguist List). Because everybody speaks with an accent, every captioned utterance could conceivably include a description of accent. But the challenge for captioners is to recognize that only certain utterances require accent descriptions. When a full understanding of a scene would be impossible without it, manner of speaking needs to be included on the caption layer.

Captioning a movie or TV show is thus a deeply contextual act: whether an accent needs to be captioned depends on the context in which it occurs.

In addition to accent, manner also refers to any of the myriad ways in which words are uttered: with more volume (yelling, shouting), with less volume (whispering, quietly, indistinctly), at an unusual or altered pitch (deep voice), with emotion (angry, sarcastic, crying), in an altered state (slurring words), with an emphasis on certain words, in a different voice (mocking, baby talk), etc.

The following clip from an episode of Two and a Half Men shows clearly why manner captions (in this case, a description of accent) may be needed to provide a full account of a scene’s significant sounds. Because the woman’s accent is not indicated, the caption user may be left wondering what all the fuss is about, what’s so funny, or even what the purpose of the scene is. This clip was pulled directly from the official DVD version of “Yes, Monsignor” (Season 2, Episode 9, 2004). Warning: The language of this clip is NSFW.

The captioning style of the episode includes a handful of non-speech captions (e.g. the Speaker ID for Megan in this clip, a reference to retching sounds later in the episode, etc.), so there’s no reason to think that an accent caption was out of reach for the captioner.

The scene is organized around a single joke: Charlie can’t stand the woman’s stereotypically New York accent. He’s shallow and didn’t pick her up to hear her talk about her aspirations or anything else for that matter. While he seems put off by how much she talks (accent notwithstanding), it is her specific manner of speaking that creates such a strong emotional reaction in him. Her accent — and more broadly her regional dialect — drive the scene, which is why her manner of speech should have been captioned. The scene only makes complete sense if we have information about her accent. For example, the “talk show host” joke relies on the assumption that talking like Fran Drescher is likely to annoy an audience that expects hosts to be more refined. (Note how manner of speaking intersects with quality of character here.) Not what she says but how she says it — that’s what viewers need to know to fully understand this scene.

Because we don’t see the woman in the shower, we can’t draw conclusions about her voice based on how she looks. That’s why this example is so compelling. Caption viewers only have access to her words and Charlie’s reaction. They can’t see the woman speaking those words. To caption her words effectively, the captioner needs to include a reference to her accent and possibly to the cultural significance of that accent.

So, how would YOU caption her manner of speaking? Would you also indicate in the caption what this accent culturally signifies (e.g. the way it may serve as a shorthand for social class, intelligence, etc.)?

[Fair use notice: The videos on this site are transformative works used in good faith, in keeping with Section 107 of U.S. copyright law, and as such constitute fair use of copyrighted material. Read this site’s full fair use notice.]

3 thoughts on “In a manner of speaking”